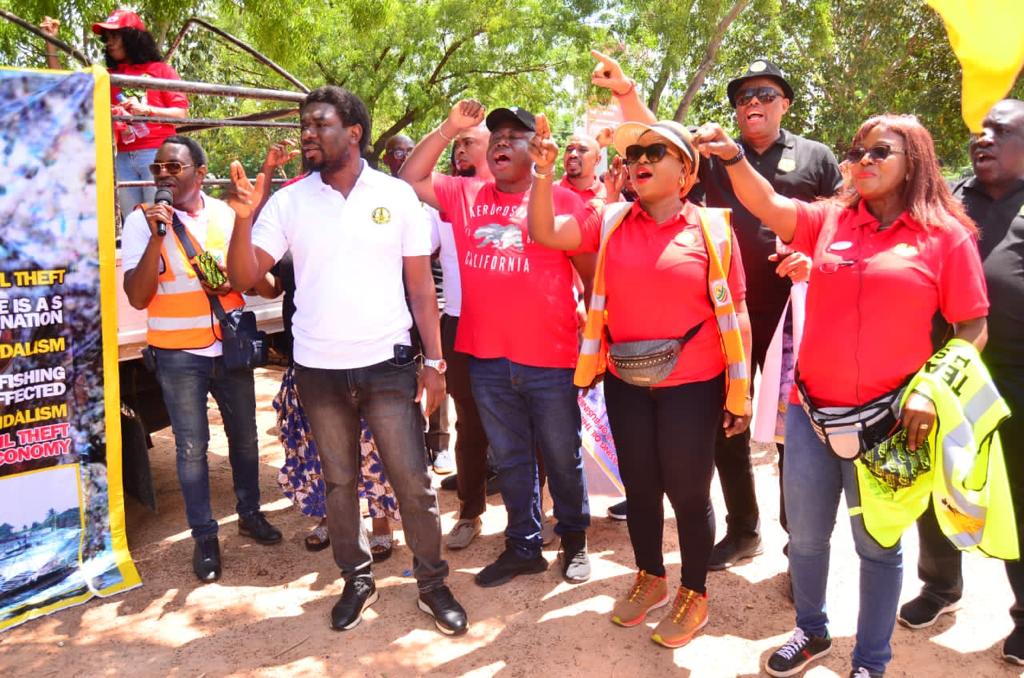 As part of its advocacy program on Oil Theft and Pipeline Vandalism, the President of PENGASSAN, Comrade Festus Osifo led the members on a peaceful protest in the FCT.

During a brief stop at the Force Headquarters, Abuja, the President and members of the Association were received by the Deputy Inspector General of Police, Department of Operations, Bala Senchi. DIG Senchi appreciated the members of the Association for keeping the protest peaceful and promised to relay their message to the IG of Police for onward transmission to the President.

Similarly, the Group General Manager, Security in the Nigerian National Petroleum Company Limited (NNPCL) Abba Gana Muhammed, received the Association at the NNPCL Towers, on behalf of the Group Chief Executive Officer of the oil firm. The GGM appreciated the members of the Association stating that the NNPCL boss was also doing his best to nip the situation in the bud.

In Kaduna, Portharcourt, Lagos & Warri, the PENGASSAN Zonal Council Chairmen who led the protest rallies reiterated the effect of the oil theft on the economy and the need for government to put a stop to it as quickly as possible.