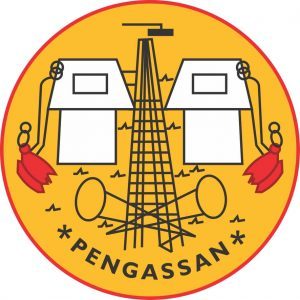 Organised Labour in the nation’s oil industry, on the platform of Nigeria Union of Petroleum and Natural Gas Workers, NUPENG, and its Petroleum and Natural Gas Senior Staff Association of Nigeria, PENGASSAN, counterpart, has accused the Minister of State of Petroleum of being economical with the truth over the problems confronting the public refineries to promote import-driven deregulation.

The two unions, in a joint statement, berated the minister for accusing the oil workers and their leaders of sabotage in an interview with Arise TV, describing the minister’s outburst as not only nauseating but regrettable. In the statement by Prince Williams Akporeha and Afolabi Adewale, President and General Secretary of NUPENG; and Ndukaku Ohaeri and Lumumba Okugbwa, President and General Secretary of PENGASSAN, respectively, they argued that but for workers and the two unions, the refineries would have long been broken down beyond repair.

They contended that while workers never opposed total deregulation of the downstream oil sector, it would resist any import-driven deregulation, lamenting that suggestions by unions for government to adopt the Nigeria liquefied Natural Gas, NLNG, model to revitalize the refineries had never been given serious consideration by because of government’s ulterior motive. Among others, the statement said: “The Minister, who is yet to visit any of these refineries, should note that turnaround maintenance of the refineries has not been done for many years now despite money budgeted for them every year by successive governments.

“Without being immodest and of course, truth should be told, the government has not also been able to address a litany of issues, including pipeline vandalism from Warri to Kaduna, which also contributed largely to non-functionality of Kaduna Refinery.

“Therefore, oil workers should not be blamed for this. However, the union and the association are equally aware that the government is mulling the option of selling these refineries as scraps to their cronies and that’s why they are bringing up all these blackmail to the fore against the oil and gas unions and our members. “For the umpteenth time, the government is to blame for the neglect, inefficiency, incompetence, lack of transparency, and policy somersault in the running of the refineries. It will not be appropriate for the government to trade blames on this.

“Our refineries cannot be sold just like that, they are huge national assets; they should rather be revitalized for security and strategic reasons, and operate profitably. “Painting the oil and gas unions in a bad light in the eyes of the public to cover up government/management deficiencies as captured in the video in reference, is the most uncharitable thing to do on the part of the Minister of State for Petroleum Resources and our Union/Association take serious exception to it. “Our officeholders should know and strongly note that we are in a democratic setting with well-informed people and no minister can do anything by fiat and the Union/Association will never be blackmailed by these cheap lies into abdicating our constitutional responsibilities and obligations to our members.

“We perceived the ill-conceived and highly mischievous interview as an attempt to prepare the ground for some uncharitable, unwholesome, and obnoxious policies.

“We are waiting and watching out for them to unfold while we put the general public, civil society organizations, and other organized labor on alert.”