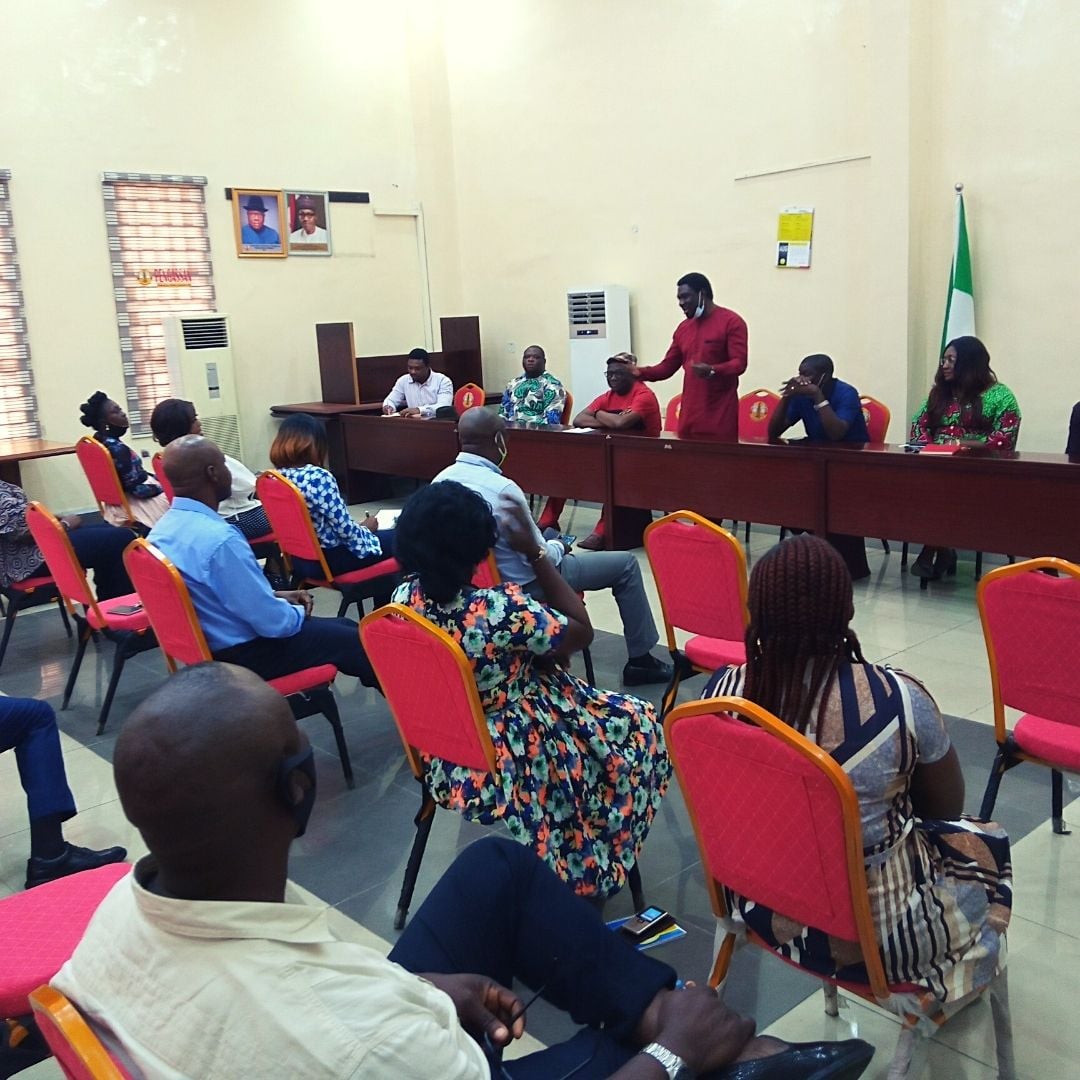 The President of Petroleum and Natural Gas Senior Staff Association of Nigeria, Comrade Festus Osifo on Tuesday 8th of September, 2020 at the National Secretariat, Lagos proclaimed a new dawn for the staff of the Association.

Comrade Festus in a welcoming session with the staff of the Association, said he recognizes their competency displayed over the years, and he’s committed to providing a happier environment for more productivity. According to him, his zeal for advocating for people led him into active unionism. He urged the staff to be rest assured as he would put smiles on their faces.

Comrade Festus also made an emphasis on training which he acknowledged as key to developing the staff and thereby increasing productivity. Digitalizing work processes he said is also part of the way to reduce overhead costs and increase delivery speed. The President also said that he believes in staff bonding retreats which will help the development of staff. He urged the staff to be steadfast and committed to their jobs as professionals and maintain healthier relationships amongst themselves.