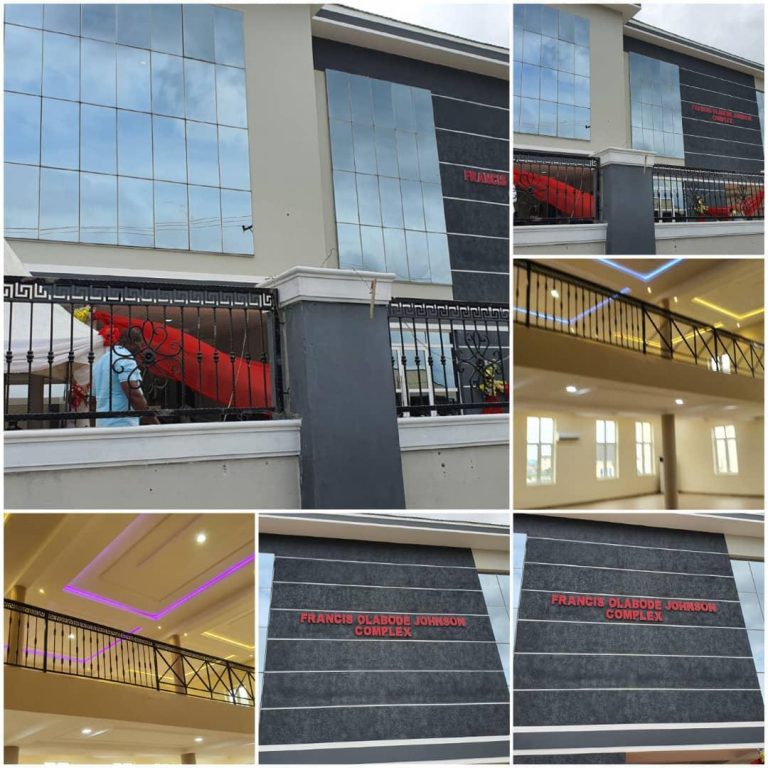 History was made on Thursday, 20th August 2020 as the Association formally commissioned the ultra-modern, purpose-built, Event Centre in Port-Harcourt, Rivers State.

Speaking at the event, the President of the Association, Comrade Engr. Ndukaku Ohaeri stated that the construction of the building commenced in September 2019 and was completed in August 2020, fully funded by the check-off dues of members of the Association.

The edifice has a 500-capacity hall, meeting rooms, lounges and an E-library. When fully operational the event center will be a huge source of revenue for the Association and the people within the vicinity. Therefore, he urged the Chairman of the Obio-Akpor Local Government Area to impress it on Governor Nyesom Wike to fix the access road and provide a Transformer for the area.

The ceremony was graced by the Chairman of Obio Akpor LGA, Rivers State, Hon. Solomon Abel Eke who commissioned the building, members of the Central Working Committee (CWC), past PENGASSAN Presidents & General Secretaries, Mrs Adesewa Johnson (the widow of Francis Olabode Johnson) and members of the Association